2020 was certainly a complicated year. In this unexpected scenario one game in particular was rediscovered and appreciated: the game of chess. So was the interest for the luxury chess table as well as the interest for other game tables.

Since the beginning of this year, home entertainment dimension has been widely rediscovered. The year 2020 was by far the most complex year; different challenges have been posed to us, and all of us have had to change habits and ways of life.

The house has become the forced refuge, the place that has strongly returned to regain its original state and character. home entertainment activities have become essential to make the forced stay more pleasant.

One game in particular has been rediscovered, appreciated and explored by many: the game of chess.

Chess has become the fil rouge of many home moments, family nights and amateur tournaments. The game of chess was also favored by the need for only two players.

We are not talking about professional chess players, but about amateur players who have brushed up their passion for this game, after having abandoned it for years, or about people who have approached the game for the first time, just as a home pastime.

The fact is that the game of chess has had a real boom, coming back strongly in the homes of many people, arising the interest for many other game tables as well. 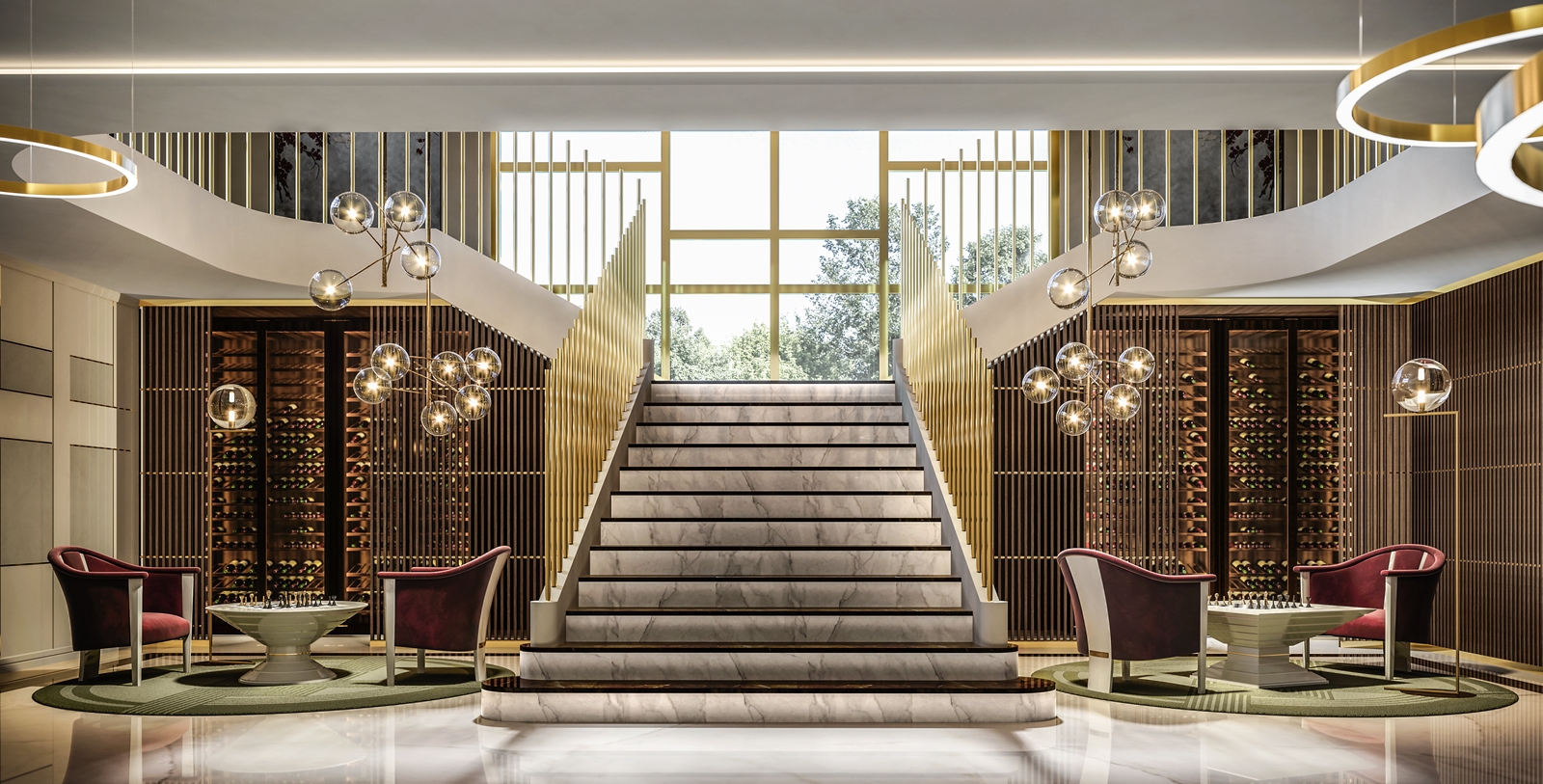 The game of chess

The game of chess got a further boost from the super famous Netflix TV series, The Queen’s Gambit. The talented Beth Harmon, portrayed by actress Anya Taylor-Joy, is an orphaned child who will redeem her condition thanks to her passion and skills in the game of chess.

Thanks to The Queen’s Gambit success and thanks to the rediscovery of home entertainment, the game of chess, and consequently everything you need to play, had a great demand.

Among the highly coveted product we can consider:

But what do we really know about the game of chess?

We certainly know that it is a very ancient strategy game, whose origins are lost in India during the sixth century AD. Having arrived in Europe, through the Arab countries, the game of chess quickly became a very popular game throughout the continent.

In addition to champions and competitive players, the game of chess has been appreciated by many famous personalities: from the artist Marcel Duchamp to the director Stanley Kubrick, from the Russian writer Lev Tolstoy to the poet Edgar Allan Poe. Prominent personalities who have found in the game of chess a valid mental exercise, as well as a very pleasant pastime. The success of the game of chess

It has certainly had a worldwide spread, but in particular a country has made chess a real passion: Russia. Home of great champions, Russia has always celebrated and taught the game of chess, from an early age.

To play chess you need to have:

The objective is to checkmate the opponent’s king by placing it under an inescapable threat of capture. Vismara Design has been paying homage to the game of chess for years now with some extremely valuable and highly original modern chess tables.

Contemporary style and seductive power: these are the main features reflected in each detail of Scaccomatto, the Vismara chess table. This coffee table with chess board is equipped with a lift mechanism, which makes it a real work of art, usable in different ways.

The rising mechanism of chess table is powered by a lithium battery rechargeable directly from home electricity; the movement is managed through a button located on the side, or thanks to an optional remote control. The chess pieces are stored inside.

The chess board is elegantly inlaid with ebony and mother of pearl and covered with tempered glass. All the chess board pieces, made of turned and anodized aluminum, are exclusively designed by Vismara, giving life to unique and inimitable pieces.

The uniqueness of this luxury chess table is its great versatility that permits to use it as a simple coffee table or as a full-fledged chess table. 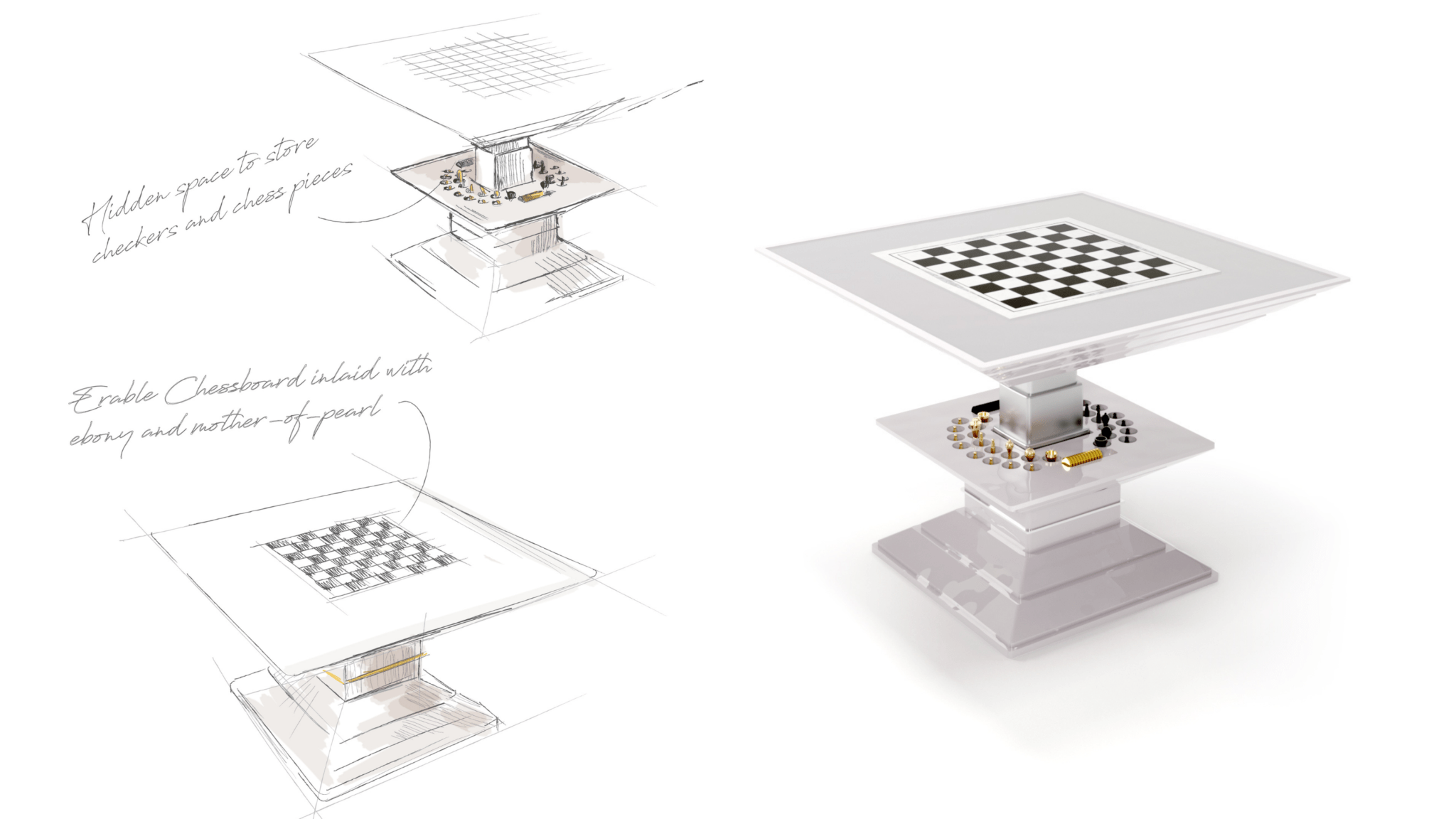 Scaccomatto model is available in both designs, with or without the rising mechanism. The colour of this game table is customizable, to be chosen from Vismara colour selection.

The latest chess table model made by Vismara and presented at Salone del Mobile 2019 is Goemon.

Goemon is a multifunctional chess table that can be used as a bar table or as a game table. Its peculiarity is the printed chessboard on back-lacquered airbrushed glass, with Circus decorative motifs, an extravagant edition with hand-drawn surreal elements.

Stools are also available to complete the set, and comfortably play chess. 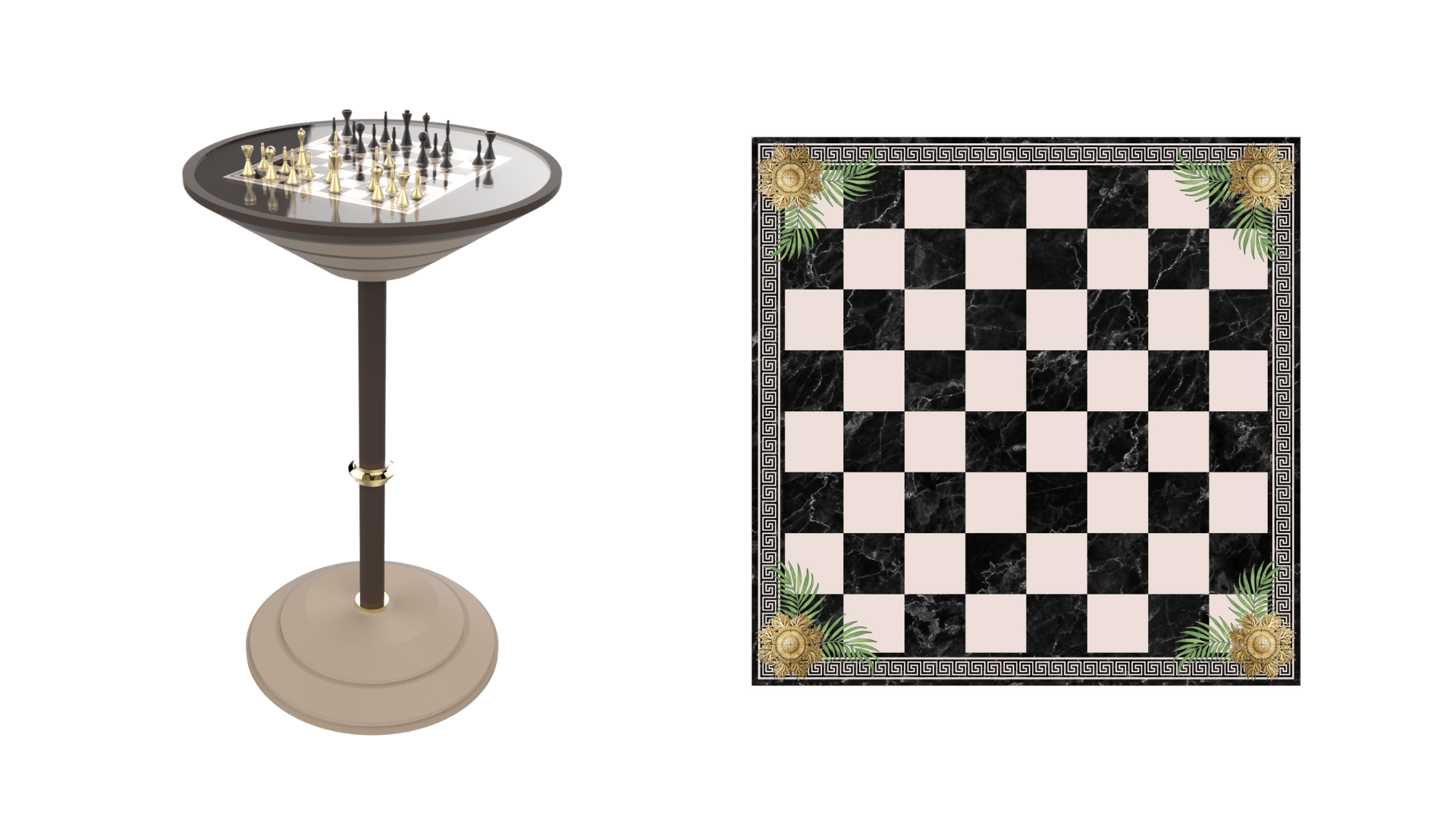 Therefore, 2020 is the right year to try or continue playing the wonderful game of chess, a game that after years and years is still able to fascinate and give great emotions.